Notes On Adapting a Book Into a Screenplay 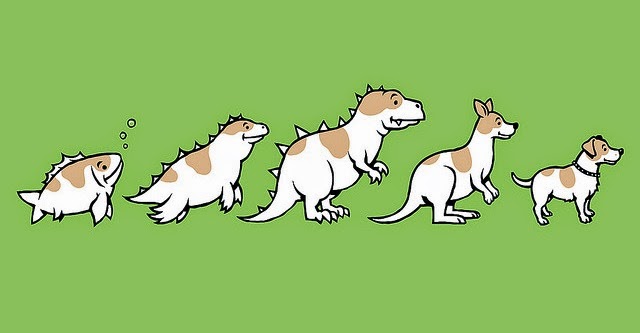 The practical and ethical problems of adaptation:

a)     How does form (including genre and convention) influence content and vice versa in the adaptation process?  That is, in changing a story to another storytelling form, what information needs to be lost as no longer deliverable?  What kind of new information can be added because of new possibilities in the adopted form?

What conventions are appropriate to a novel but completely impossible on the stage?  How does a screen narrative bring more control of the viewer's focus than is possible on stage?  What does sound and image add to the experience of a story impossible in a book?

Main differences between books and movies:

1)     In a movie, all action is present tense (even flashbacks have to be placed in a present context)
2)    Movie characters' inner lives must mainly be shown through actions.  There is no other convincing access to their thoughts (including their dialogue).
3)    Visual storytelling has budget constraints which is not true of prose narrative – anything is possible in a book.
4)  Books can pleasantly meander.  Movies need to come in under two hours.
5)  Book story structure is very much free form.  Movies generally need to be structured in three acts.
6)  Movie storytelling involves utilizing sound, intercutting and composition.

What makes the difference is the commitment of the adaptor to the cinematic project.  The needs of the project AS A MOVIE must be paramount in the adaptor's conscioussness.

Don't start working on any adaptation until you have completely secured the rights to the material. The first task is to figure out who is the holder of the screen rights (generally the publisher or original author).  If the material is seventy-five years or older, chances are it is in the public domain.  But you should still check.

The next step is obtaining what is called "an option." An option gives you the exclusive right to adapt and seek to produce a screen story based on the previously published work.  Options can be for any length of time, but we recommend at least a year. Basically, with an option you can get your script written, and look for production partners or financing, or try and sell the screenplay, without having to worry about someone else taking it out from underneath you or simply working on it alongside of your efforts.  The option also prevents you from being sued for copyright violations.  There are lots of things to consider before entering into an option agreement.  Check out this book for more specifics.

Stages of Adapting a Book to the Screen

1)    Get the rights.
2)    Master the book.  Make a list of the most memorable A) Moments; B)  Lines of Dialogue; C)  Arenas; D) Other distinctive details
3)     Identify the sweep of the story and why it works – or why it doesn’t
4)     Be able to articulate the book’s several themes
5)     Choose a structure and point of view which may or may not be the same as the ones used in the source material.

-  If you are adapting a novel or memoir that is reliant on a first person point of view, the  internal monologue of the narrator's voice is the first thing to go. Movies are not as intimate or introspective as books. You can try to preserve the first person perspective through a limited voice over, but it is going to recede to be mainly for subtext.  The story needs to play out visually in a movie.

- A great adaptation should fix problems in the original source material.  The writer needs to be reconciled to that.

- One technique is to read the book, set it for a bit, and then write an outline of the main beats that have left a residual impression.  Your task is to recreate the most memorable parts of the novel, and what you remember best could be a good indicator of those key aspects.  Generally, everything off the main through−line or not essential to the major sub−plot has to go.

- The biggest difference between a movie and the book on which it is based comes down to sheer quantity.  A movie can be thought of as nine to twelve, ten minute sequences.  A book can have scores of scenes and sequences.  The screenwriter has to choose the most cinematic scenes and the key beats.  The experience of a movie is never going to feel satisfying to a diehard fan of the book.  It is probably easier if the screenwriter ISN'T a diehard fan of the book because the necessary omissions will be easier.

You can't say the same thing with a moving picture as you can with a  book, any more than you can express with paint what you can with  plaster. - William Faulkner