A Good Visual Image is Worth a Thousand Words 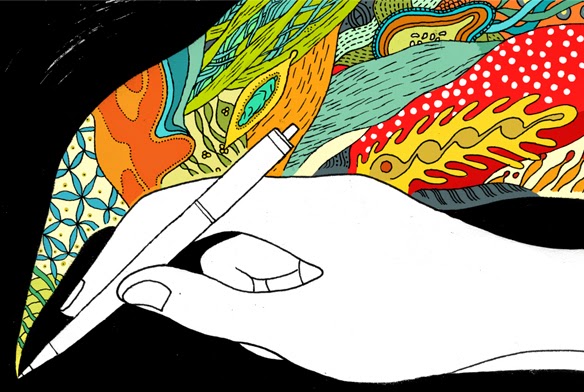 Poetry is the most respectful of art forms.  The whole reason for a poem is the acknowledgment that reality is too complex and mysterious to be reduced to the limits of wordy definitions.  Poetry searches for metaphors to reveal facets of reality by likening them to other things.  In the famous poem “The Blind Men and the Elephant” by John Godfrey Saxe, we laugh to hear that an elephant is alternately like a wall, and then, like a spear, and then like a snake, and a tree, a fan and a rope.  The poem assures us that an elephant isn’t any of those things, but is something like all of them.

Poetry is also eminently respectful of the reader, because it has to have faith in his or her intelligence, sensitivity and imagination – an act of faith basically in the reader’s humanity – to succeed.  The poet is a riddler who crafts a puzzle for the visual imagination and hopes that someone will be enticed to go through the difficult process of unraveling it.  If they do, the labor they have expended will make the solution valuable to them.  You know what I mean if you have ever been driving along on a country road, and then suddenly understood what Emily Dickinson meant when she wrote,

I had been hungry all the years-
My noon had come, to dine-
I, trembling, drew the table near
And touched the curious wine.

Suddenly, as C.S. Lewis said about the purpose of literature, you know you’re not alone.

So what happened to us?  Why is so much contemporary art and literature banal and lacking in meaty metaphors?  Why do our works not only not cause the world to brood, but leave them feeling unsatisfied and even resentful for the time they spent with us?  Along with the general lack of artistic rigor that characterizes so much of contemporary artistic efforts, part of the problem is that so little work today has any powerful lyrical imagery.  All of art is basically metaphor, but the most evocative and resonant art offers metaphors not only in the general, but as the key to the deepest meanings meant to be communicated from artist to audience.By leaving out metaphor, we separate ourselves from storytellers like Homer and Dante and Hawthorne and Poe, all of whom were masters of visual paradox.  My sense is that many contemporary writers couldn’t even say what a lyrical image is or why it is important in a story.

At it’s basic level, a lyrical image is sacramental in a story, giving the reader something to see in their mind’s eye that points to hidden realities. Imagery should come into play particularly to get an audience to brood over a project’s theme, but also can be very helpful in making a character’s motivations and choices more resonant.

The primary virtue of a metaphor is that it is clearer than the underlying truth you are trying to explicate.

The second necessary quality of a metaphor is that it applies. As Naval scholar Alfred Thayer Mahan noted in his work of training officers, "A great leader is the one who knows all the principles from history and then knows in the situation before him, that a principle applies when it applies and doesn't apply when it doesn't apply."  It's the same with a great artist.

The third quality of a metaphor is that it provides the emotional resonance that is harder to access in the simple unaided truth.  Consider the most famous allegory in philosophical literature, Plato's Cave. 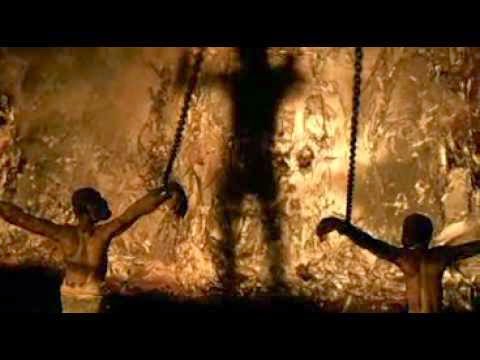 Plato could have simply said that the movement from double ignorance to wisdom necessitates many bracing shocks along the way as one is wrenched out of one's comfort zone, stripped of illusion and slowly is able to encounter reality.  But that statement washes over most hearers without any urgency and makes no connection to the life of most heaers.  But tell people that they are prisoners in a cave chained and deceived.  Tell them that they experience terror when the light first strikes their darkened eyes and that they have to be dragged forcibly out of the place in which hey feel safe.  Tell them that that moving from blindness to sight is a slow process but that finally the presence and light of the sun will become their dearest and most cherished gift.  There is energy and passion and fascination and attraction in the metaphor that the simple truth lacks. 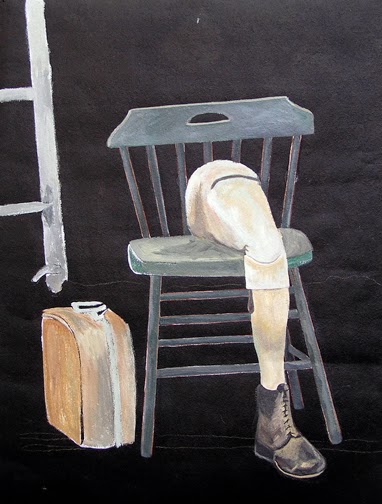 In her story Good Country People, the great one, Flannery O’Connor, created a character who was a PhD with a wooden leg. O'Connor wrote about the device to highlight an important aspect of utilizing metaphor in narrative writing.

“She (the character, Hulga) believes in nothing but her own belief in nothing, and we perceive that there is a wooden part of her soul that corresponds to her wooden leg. Now of course this is never stated. The fiction writer states as little as possible. The reader makes this connection from things he is shown. He may not even know that he makes the connection, but the connection is there nevertheless and it has its effect on him.” (Flannery O’Connor, Mystery and Manners)

The truth is, it is easier to tell people what you think, then to entice them to think on something, which is what a good visual image does.  Coming up with a good visual image for a story requires a double portion of the intelligence, sensitivity and imagination that a reader will need to unravel it.
Posted by BNicolosi at 8:48 AM