Kindness and Corsets: The Spectacle of Cinderella My seven year old daughter loves princesses, and I was inevitably one of the contributors to Mr. Mouse's $70 million box office haul last weekend. There's a lot to like about this adaptation. It's a solid story, supported by gorgeous production design, and absolutely stunning costumes. Oh dear Lord, the costumes. Amazing. They are currently on display at the El Capitan Theater in Hollywood, and they are even more impressive in person up close. It's worth the second mortgage to see this show at the El Capitan, by the way. Especially if you take a seven year old in a princess dress. 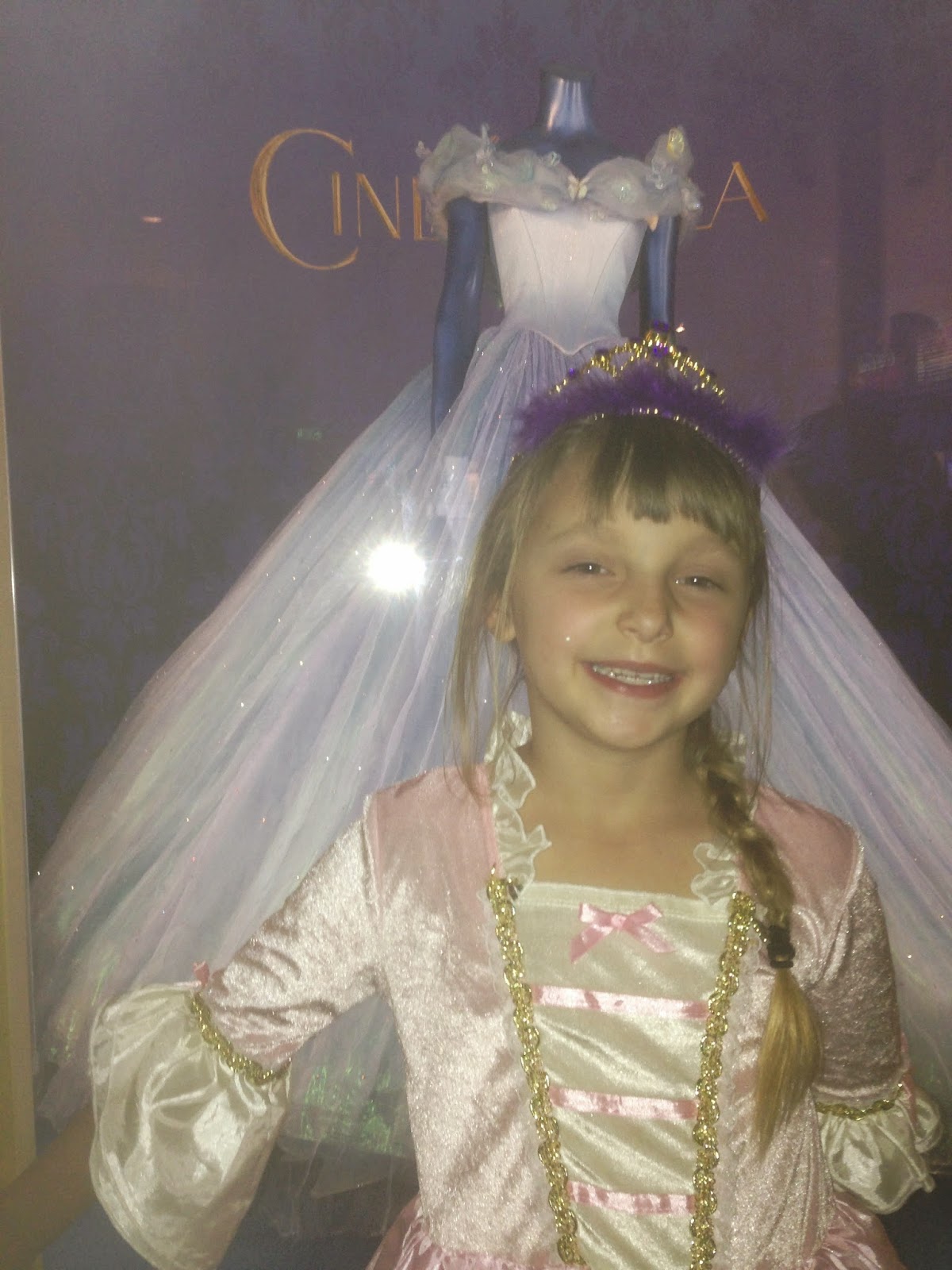 The spectacle in Cinderella is, well, spectacular. It is truly a feast for the eyes. However, the reason the spectacle works so well is because it has a solid story to hang on.

It has been said that every story is either The Odyssey or Cinderella, so it's not surprising that the audience has certain expectations for the plot. We know what happens. The way it happens in this adaptation is so satisfying, you might find yourself sporting a perma-grin while sitting in a dark theater staring at the screen. Disney's animated Cinderella is more famous than the original fairy tale it was based on by Charles Perrault. It is a tall order to offer a new, fresh take on the world's most well-known fairy tale and also improve upon it. But they did. For starters, they made Cinderella a more active character. Instead of passively letting her step family take advantage of her, Cinderella makes an active choice and compelling reason to stay in spite of her challenges. She is not a victim. She takes ownership of her values, kindness and courage, which cause her to make decisions that are difficult and heroic. Kindness is Cinderella's superpower. Because of her values, she brings nobility and honor to her suffering.

Granted, the message of the story, "Have courage and be kind," is hammered into the audience and repeated about seventeen times too many, but I almost never find this sort of thing to be the fault of the writer. It was probably some studio note to make it so obvious that everyone over the age of five wants to yell at the screen, "Come on! I get it already!" Even so, it's forgivable, because it works. Guess what message my daughter walked away with. Kindness wins. As a parent and as a storyteller, this message is a welcome and refreshing change from most kid stories, which usually amount to something cliche and banal, like, "Just be yourself," or, "Just try." I don't need my kid to go to the movies to learn to just be herself. I want my kid to aspire to be someone slightly better than herself. I want her to choose to stick to her values in the face of adversity.

In addition to being integral to the theme, kindness is also the spectacle of the story. In a plot that offers almost no surprises, kindness is the lynchpin which causes the reactions, moves the story forward, and creates the moments which become so visually powerful. In our book, Notes to Screenwriters, we describe spectacle as being the servant to all the other elements of story: plot, character, theme, dialogue and tone. The reason Cinderella works is because it's not just about pretty dresses. It works because it offers a complete story.